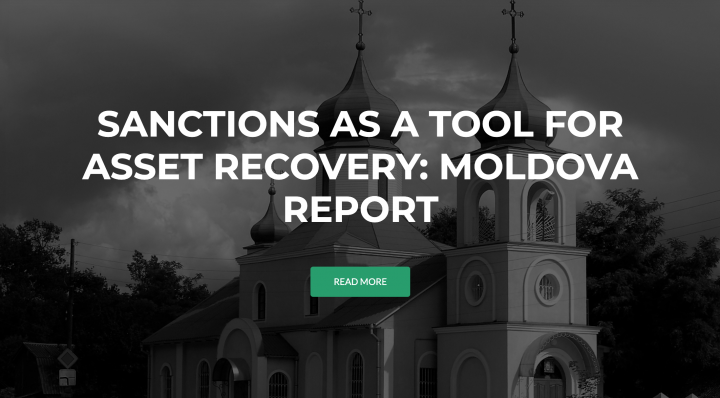 Moldova is a textbook example of how corruption can destroy a democracy. I am convinced that international sanctions for corrupt activities are a good safeguard against a country being taken over by kleptocrats and run as a mafia organization. Unfortunately, Moldovan kleptocrats have so far mainly avoided ending up on sanctions lists.

Please see below my most recent research paper, written for the Civil Forum for Asset Recovery.

The paper can be downloaded here:

SANCTIONS CAN UNITE ANTI-CORRUPTION ACTORS IN FIGHT AGAINST STATE CAPTURE

The public naming and shaming of a few individuals implicated in the corruption in Moldova, such as Plathotniuc and Shor by the European Parliament, together with a call on the Council to consider personal sanctions on Shor, was an encouragement to the groups who kept advocating for justice and fighting against kleptocratic state capture. Moldova’s experience suggests that a mechanism of corruption-related Magnitsky style sanctions can therefore give civil society and the political opposition an idea around which to unite and therefore create a concentrated pressure to advance corruption investigations.

Since the naming and shaming by the European Parliament resulted in concern and mobilisation on the side of potentially affected Moldova’s MPs, the possibility of sanctions, provided it is a real, credible possibility, can serve as a deterrent against a worsening of the situation. However, since the probability of targeted sanctions on Moldovan kleptocrats has been small thus far, it is unlikely that the discussions have had any real impact. As the country was sliding more into isolation, with its international partners distancing themselves from supporting the Moldovan government, those involved in state capture resorted to abuses, and corruption accelerated. More attempts to silence inconvenient opinions, more intimidation, and arbitrary justice were seen.

COUNTRY-WIDE FINANCIAL SANCTIONS DID NOT HAVE AN IMPACT IN MOLDOVA

When the government was under internal and international pressure to act on corruption, it did not investigate nor punish those responsible, while democratic standards in the country kept declining. Repeated financial sanctions and freezing or cutting of financial assistance to the country did not produce a change in attitude. On the contrary, the EU freezing aid was often exploited by governing politicians, thus feeding an anti-EU sentiment within society.

SANCTIONS SHOULD BE LINKED TO THE ASSET RECOVERY PROCESS

While the lack of results in asset recovery of the Moldovan authorities can have different reasons (from a lack of capacity to unwillingness), immediate asset freezes imposed on the international level could help the investigation and asset recovery in spite of weak domestic institutions. Furthermore, asset freezes could send a stronger signal for other potential kleptocrats that corruption has consequences and may discourage from following their example. The US sanctions on Plahotniuc are a missed opportunity in this regard and the US or other countries considering imposing sanctions on kleptocrats should include also asset freezing and asset recovery provisions.